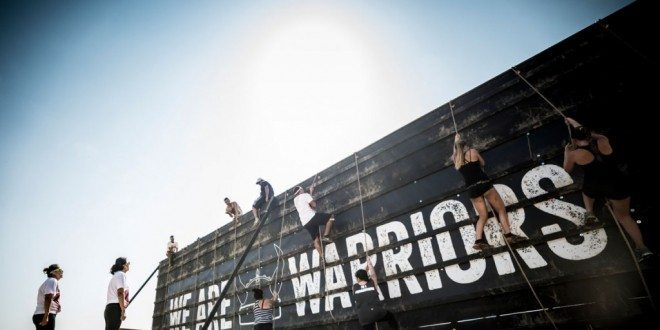 Warrior Dash arrived in Austin, Cedar Creek actually, this weekend and was one of the first OCR experiences for many this season.  I had missed the mud fest which many experienced in 2015, although many still enjoyed it, so this was my first WD experience.

Arriving on site around 9 I experienced no issues with parking or packet pickup.  Both went quickly.  As an added bonus for $20 you could run all day, so why not.  The festival area was a party already with plenty of people either getting ready to head out or already covered mud and taking the all important post race selfies to share with the world and commemorate their accomplishments. 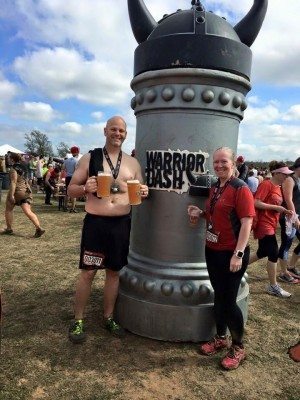 Once stowing my bag and getting geared up I made my way over to the starting corral for the pre-race warm up. There I found about 10 other teammates and we were all ready to go.

The first ¾ of a mile was a run through the horse corrals, and clearly the horses were excited by the extra activity at Rusty’s Walnut Creek Ranch as they were probably running faster in their corrals than the participants sprinting by them.  After leaving the flat lands of the ranch, you went through an Over/Under before heading into the woods on to the trails.   Next, we were immediately forced into the Trenches to ensure you knew this wasn’t just a quick clean run in the woods.

Other obstacles in the Warrior Dash repertoire were well placed through the venue.  Alcatraz ensured you were swimming.  As I entered Pipeline a fellow runner suggested going through on your back was easier. Giant Cliffhanger was a surmountable obstacle (although I saw few struggle with the transition at the top), and  Chaotic Cargo followed the Cliffhanger.   By then some were about done with climbing.  As you neared the end you encountered a Ring cross, Balance beams, the Fire Jump, and Goliath.  As you exited Goliath on the final sprint to the finish, you met Muddy Mayhem.  This last obstacle made sure you were covered head to toe in mud, but it made for great pictures while you had the Medal/Bottle opener hanging around your neck. 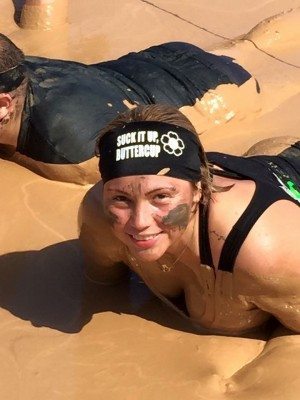 Once off the course the party continued.    There were Shock Top beers for all finishers, a DJ keeping the dancing going, plenty of food available as well.  They had a few contests going on and I seem to have missed the best beard contest, oh well maybe next year. 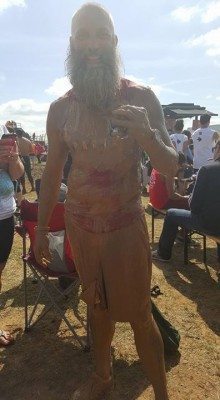 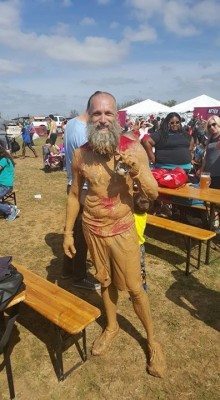 After a little rest and recovery a few of us took to the course for another lap.  I was impressed as in some races the later you go the more the course gets beat up or you find backups at the obstacles.    I experienced none of that on my second loop.

A special Thanks to all the volunteers on the course.  They made sure you were on course and were very supportive of everyone passing by.

Overall Warrior Dash promised and provided a great race and a good time.  I am definitely looking forward to my next one.