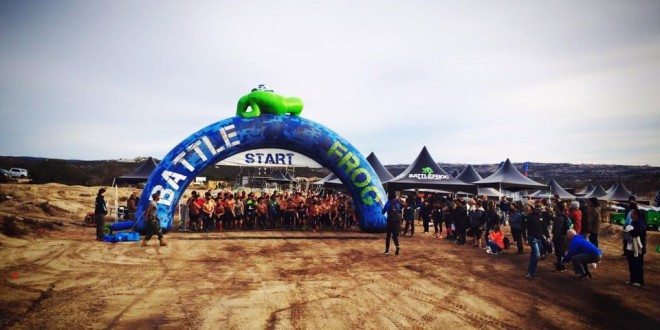 As the sun rose over the southern California Mountains on a chilly January morning, the excitement for the first ever west coast Battle Frog event was as tingling as the cold wind going up everyone’s shirts. It was clear from the get go that Ryan Atkins’ first event as RD was going to be a difficult one. Taking the mic at the start of the elite wave the unBFeated champ went over his rules of the course and introduced us to a some new obstacles. 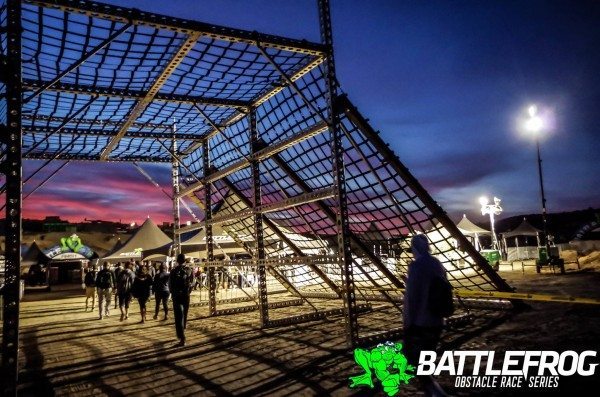 After Coach Pain got us on our way with his usual fantastic speech, we were off to the roller coaster hills of 212 Land Moto Cross Park. All told, the course map showed us 30 obstacles of different varieties including OCR staples such as 4, 6, and 8 foot walls to climb, Over, under and Through, Hump Overs, etc. The Battle Frog staple obstacles were all to be found along our route as well. 2 rigs awaited us of varying difficulty, both 40 feet long. The first was about 1.5 miles into the course and was the easier of the two, it featured two foot rings for arm rest. The other was about a half mile from the finish and was the harder of the two by far featuring a couple of ropes, rings, u-bar, nun chucks and monkey bar transitions. 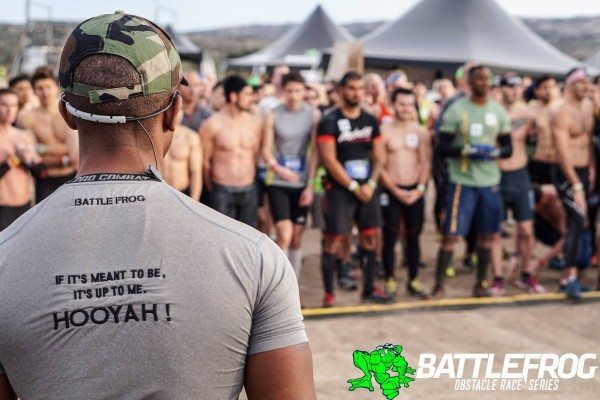 The two carry obstacles we faced were fairly standard and not overly difficult, save for the up and down terrain under foot. The jerry can and wreck bag carry were both roughly 400 meter loops and the wreck back had your usual 4 foot wall climb. 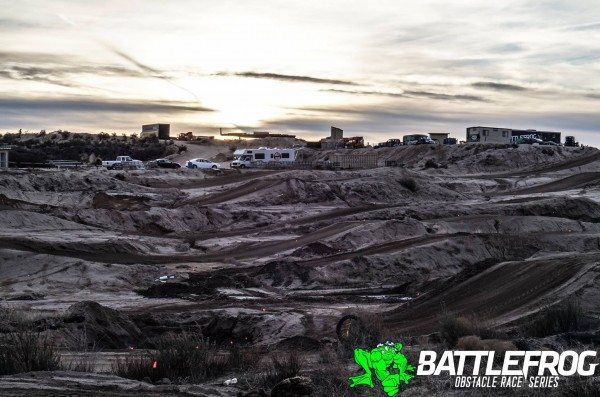 Ryan’s new take on a balance obstacle was amusing to say the least. 10 feet of taught slack line in which elite racers had to use only one to balance on and get across. This took most racers more than one try to nail down the best strategy, which turned out to be taking 2 giant steps and leaping the last 5 feet across. It was a welcome twist on the all too familiar balance beam at most races.

The most unruly obstacles turned out to be the tunnel slide into the frigid water, followed closely by the weaver, an A frame structure in which racers are required to go over, under, over etc without touching the ground. The difficulty here was in the square bars which bruised every back and inner thigh on the thing. The water swim was not difficult, only mind numbing and upon emerging from the tube you were neck-deep in the muddy, cold water. 25 yards later after climbing out of the trench you were lucky if you could feel your extremities and every male became worried about the future of their child producing capabilities.

Coming down the home stretch to the finish the BF staple obstacle “Tip of the Spear” awaited racers with a couple added twists to increase difficulty. The middle section of hand holds was now extremely tilted on angle and required much more quickness and efficiency, even with the small step in the middle. The real game changer however was the face of the obstacle was now constructed with PVC board instead of the traditional plywood. This made it nearly impossible to get a grip with your feet and it was all about grip strength and endurance.

A failed attempt at constructing a water slide down the hill to the finish was disappointing, but an early injury to a racer forced it to become a downhill sprint and jump into the chilly water, over the mound and over the finish line.

The overwhelming opinion of safety for this event was a great thing to see and hear. Almost no wood on construction being replaced with steel, and plenty of medical staff around especially in and around the cold water. I would say it was a very successful first design for Ryan and I only see it getting better. 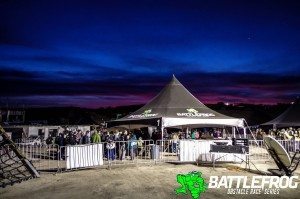 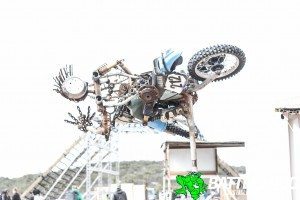 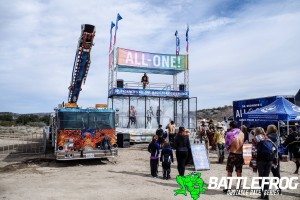 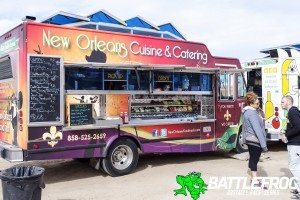 The festival area was true BF style and very organized. Registration for both racers and volunteers was a breeze although I’m sure the very small turnout had something to do with that as well. The merchandise tent was restocked with a few new items and plenty of the familiar favorite best sellers as well. You can’t really praise the BF staff enough, always friendly and courteous and excited to be there.  A couple fantastic food trucks rounded out a great home base for racers.

If I have any reservations at all its that this event made it blissfully aware that BF is spreading themselves too thin, too quickly. If you catch a glimpse of the infamous Beard that is Chris Accord at a race consider yourselves lucky, as he will likely be off to the next city to be planning a future race by the time your event happens. Small things like not having a lighting setup for the usually fantastic prop portraits racers have come to love, make a huge difference as the photos now simply look like an in race capture. 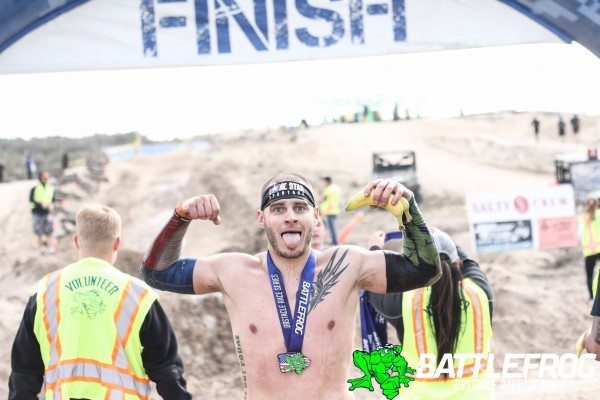 I will always look forward to my next BF event due to being a fierce competitor and the courses are top-notch and the most difficult out there. However I would hate to see BF lose the base of the passionate, fun-loving weekend warriors that truly make our sport possible. Until Vegas next month….HOOYAH!