2017 will mark the beginning of many firsts for many people. It is the start of a new year, and each new year we make resolutions and vow to do things we either planned on doing the year before and didn’t, or doing things we haven’t done at all. This year, Spartan vowed to provide their faithful with a race like no other they have put on here in the US. This year would mark the first Winter Sprint.

For many of us, we remember the days we would wake up, during the school year when the prediction of snow would find its way through, to peek out the window in the hopes that there would be enough accumulation that the school would find no reason to give our parents any peace. For me, this marked some of the highlights of my childhood. Early, barely awake, throwing on as much as I could as fast as I could to get outside and plant my face firmly in the white snow… we all knew to avoid the yellow snow; that is until a rival neighborhood gang challenged us to a snowball fight. Then, all bets were off and yellow balls of snow would find their mark. 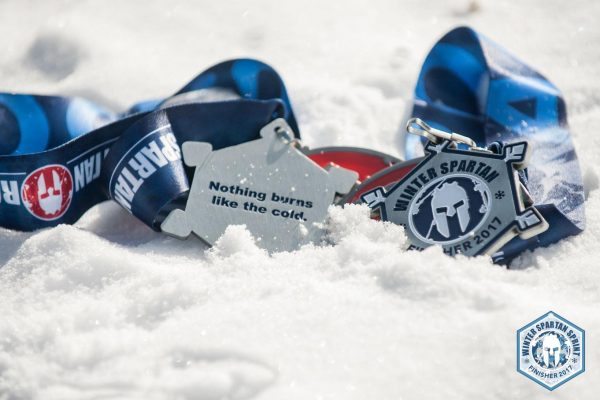 After all that, we would find the steepest hill we could, find a sled or a disk, and see who could fly the fastest, the farthest, and who could smash through what object with the greatest effect. In other words, each time it snows, many of us are reminded of being carefree and young. We didn’t have to shovel the driveway, start the generator, clean the sidewalk, or clean off the cars. We just went out into the snow and had fun.

That, my friends, is what the Greek Peak Winter Sprint is all about. It is about forgetting the mundane and bringing back a level of immaturity to something that, frankly, has almost become stale. If you are anything like me, you have done your fair share of races, and they all start to blur together somehow. So, in order to shake things up, Spartan decided that we should freeze our butts off while trekking up and down a snow-covered mountain for a few miles… and pay them handsomely to do it.

The excitement wouldn’t just be reserved for race day either, that is what makes this special. For some of us, we stewed over online shopping stores, read incessantly, and researched till our faces fell off, trying to find the perfect gear for this race. After all, the weather was probably going to be the biggest obstacle; one that many of us hadn’t seen before at any other race. It was like prepping for my first Ultra Beast all over again. I spend hours trying to prepare myself for an unknown number of miles in snowy and blisteringly cold conditions. When social media was abuzz with rumors of a warm race, all turned just as quickly as images burned our eyes of unforgiving wind and snow, along with weather predictions for temperatures in the single digits. 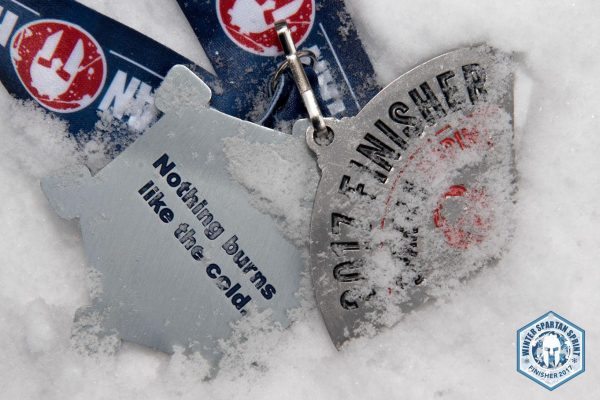 This race would be my first of the season. With nothing happening until later in April (Ultra Beast), I figured I would have to shake the ring rust and get out there. The drive isn’t anything to cry about, a short 2.5 hour drive to Cortland, NY would wind me through some beautiful scenery. My open-heat start would have me leaving home (northern NJ) in the early morning to ensure a prompt delivery of myself, my gear, and my excitement to the venue. Outside of the occasional snow, the drive wasn’t anything like those that had posted to their social media accounts earlier in the morning.

Having turned my heat off within miles of parking, trying to acclimate myself to the cold conditions, I arrived at the designated parking area described on the Spartan Event page. Parking was well organized and uneventful. Normally, I would find something to complain about regarding parking, but there is nothing. My spot was easy to get to, no 4WD required, the buses were prompt and available, and the staff, albeit freezing, were in high spirits. The shuttle from the parking to the venue was heated and took no more than 20 mins. 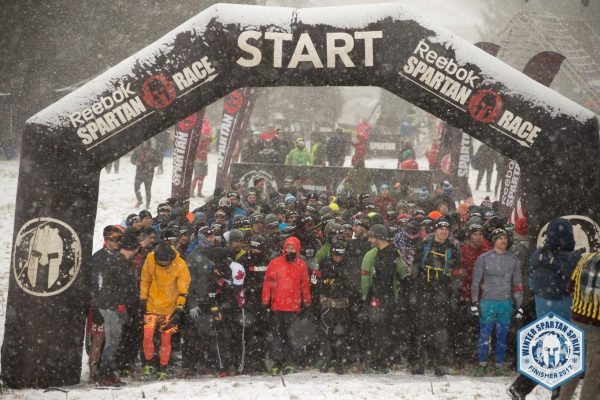 Arriving at the venue, I half expected to see lines of would-be Spartans receiving their chips and race packets, but none were in sight. We were instructed to form a line to enter the building as the computers had frozen in the cold temperatures and registration had been pushed back 30 minutes because of this. The unfortunate part of this is that no one was prepared to move the registration from outside to inside creating a mess. Whose fault is this? Not sure, but it was explained that the Spartan crew were not allowed access to the building until the cold conditions forced the venue’s management to take action. Although the registration was, in my mind, a complete cluster, I cannot place the blame solely on Spartan for this one as they were a victim of circumstance. However, there is an old saying that goes something like this: 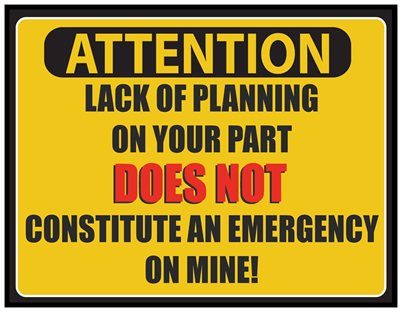 Outside of registration, there wasn’t much in the way of a festival area. The event grounds were pretty cold to have vendors outside. However, there was a HUGE heated tent with all sorts of venue goodies (Greek Peak goodies) and food. The tent was well placed, directly outside of the finish line and was packed throughout the day. I still haven’t figured out if people were buying food and swag or staying warm by the heaters. Either way, it was there and available for us.

With the racers lined up and starting times pushed back 3o mins, I had plenty of time to mingle amongst the snow ridden and shivering race fans. While conversation was scarce, words impeded by balaclavas and chapped lips, our eyes and uncontrollable movements did the talking. The standard Spartan commencement ceremonies would take place and with a band of Aroo’s! We were off. 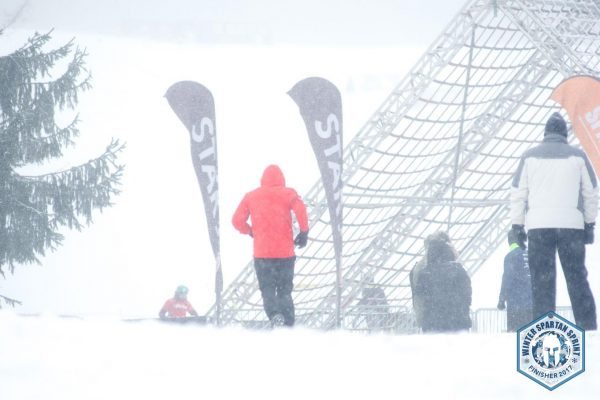 With much of the Spartan standards present, the element of weather added something different. The terrain for the race was snowy and icy, but Spartan only seemed to take small advantage of the cold. Having unsteady, frozen, terrain meant we could take advantage of some unique circumstances and there were some great twists to obstacles like the slip wall and the barbed wire crawl, but Spartan teased us with images of snowball fights on social media, like memories of the gladiators of Spartan Races past. For me, the most fun was had with the sandbag carry. We wound our way up the slippery snow packed trail and found ourselves atop a slope. What better idea is there than to park our butts down, throw the sandbag on our laps, and glide on our bottoms to the… uh… bottom. Similarly, we found ourselves nearing a finish line the same way, intentional or not. 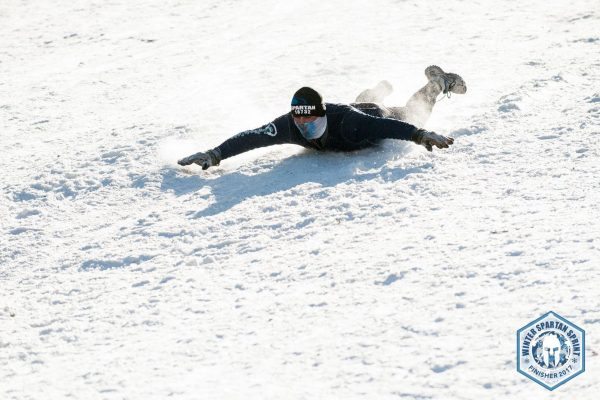 Thankfully, there were some smarts at work here as well. We all know that Spartans like to push the limit, but we were given some leeway with our own limits. This race featured a creek crossing, which ended up being optional. Having soaking wet feet in 4-degree weather seems like a good way to only be able to count to 19. The choice was an easy one, spend a small amount of time going around, or soaking our feet going through. I can still count to 20, so I guess you can easily assume the route I went. 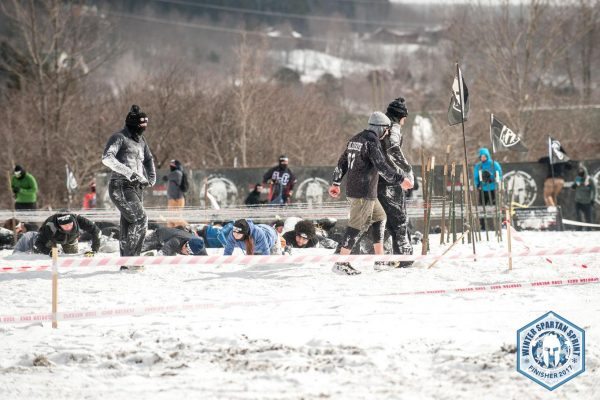 When all is said and done, I had forgotten about the registration debacle the moment they unleashed us onto the course. My inner child was rescued and two things I love were running side by side, my youth and my inner OCRAddict. Both were content to find their home on this snowy mountain; chilly, but living. The work I had put in researching my gear had paid off. I had to unzip my jacket at times to let some cool air rush through and remind me that the temps were real.

Spartan has balanced the scales. There were just enough elements to make this almost seem fresh and new, but I think this is only an audition of sorts. I feel that if Spartan were to let loose a little and allow their innovative sides to shine once again, the Winter Sprint would become something more. It would become a series of sorts, chock-full of innovative weather created obstacles and flying snowballs to boot. I left the venue wanting more, I wanted a longer race, I wanted a winter Super, I wanted snowballs, I wanted a shirt without mold stains…

Don't let the score fool you, the race was fun

Fitness and sport enthusiast. Spartan Race Junky. I have been a martial artist since the age of 4 and addicted to anything challenging. Years of Martial Arts training provides the ability to keep going when my body really wants to quit.
Previous 2017 Spartan Greek Peak Sprint
Next OCR Chicks – March

Don't let the score fool you, the race was fun