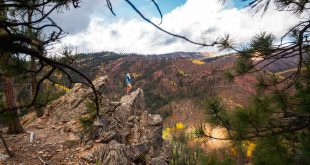 I will admit it, sometimes I am a bit forgetful. Unfortunately, for me, it always seems to happen when I have an Ultra (Ultra Beast for those not up on the new Spartan Lingo) on the horizon. Last year, in Jersey, I decided to run with my goto shoe, the Inov-8 230. The day went on fine, but I started to realize my feet don't like to be crammed up in a shoe for extended periods of time. For the Sunday Beast run, I decided I would tackle the mountain in my Altra Superiors and I quickly remembered how much I loved the Altra trail shoe. I figured it was high time for me to get my foot into another pair of Altras for some late season races in preparation for the demon that awaited, Killington Ultra. With that in mind, I put myself, confidently, into a pair of Altra King MT 1.5's and...

END_OF_DOCUMENT_TOKEN_TO_BE_REPLACED 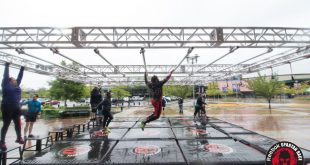 In Part 1 of this article I deconstructed obstacle course races (OCR) into two key components: running and obstacles. Part 1 focused exclusively on the running component of OCR races. Now, it’s time to focus on the obstacles.

END_OF_DOCUMENT_TOKEN_TO_BE_REPLACED 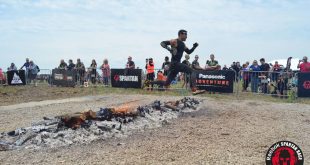 Anyone can run a race badly. Anyone can skip obstacles and do less than 30 burpees. Anyone can care more about pre- and post-races selfies than the race itself. And, if you fall into these categories, I’ll be honest with you—this article really is not for you. Don’t misread me, I’m not saying that there’s anything wrong with being more about the medals than the motivation. But, I wrote this article for racers who give each race their very best, even if it means dragging themselves across the finish line. If this is you, or you want it to be you, read on.

END_OF_DOCUMENT_TOKEN_TO_BE_REPLACED

I'm sure most of you are looking at the article title and wondering "What is this about? I don't see Spartan, Savage, Tough Mudder, or any other OCR series name." Although I started my running adventures in OCR, I've started to branch out into the world of ultrarunning more recently. I've participated in many of the more well-known OCR series so far, completed multiple Trifectas in a single year, and attempted/finished my first (and attempted a second, which ended in a DNF...I need revenge on Killington!) Spartan Ultra Beast last year in New Jersey. The year before that, I completed my first Beast as well as a double Trifecta. I had looked at the Ultra Beast before and thought there would be no way I would ever do one. Way too long (both distance and time on feet), way too hard (so many obstacles!), and more vertical gain than I could imagine. However, it really opened my eyes to the world of ultrarunning, even though the Ultra Beast is not technically an ultramarathon.

END_OF_DOCUMENT_TOKEN_TO_BE_REPLACED

If you didn't know, not only am I an OCRADDICT, but I am a geek as well (really kind of an Uber Geek). Having said that, I look for metrics and analytics on just about everything I do and work with. While training for the next event, many of us are looking for a way to tack our activity and improve our training but don't have an unlimited budget for things like GPS watches and dedicated activity trackers. Although those gadgets are great training tools, many of us don't need look much farther than our cell phones. Enter MapMyRun.

END_OF_DOCUMENT_TOKEN_TO_BE_REPLACED 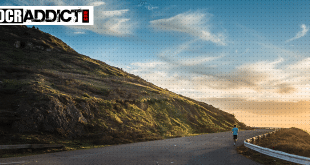 While many of the exercises I have focused on here are meant to increase the strength of an athlete, exercises designed around running are just as important. After all, OCR does have an R in it for Race. If you read the title and immediately thought of a foul odor, you aren't alone. The name is horrible... but the activity is intense.