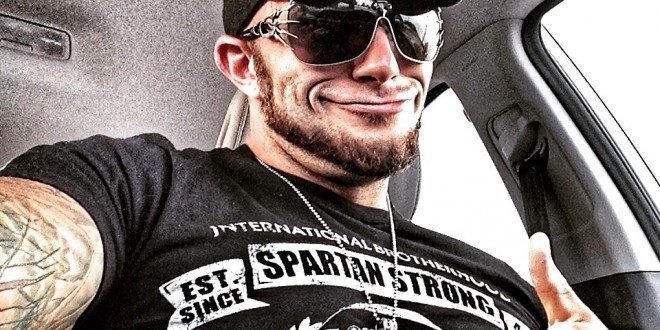 Life is a journey of unparalleled experiences and unexpected obstacles. Sometimes waiting for the perfect opportunity is not an option so you have to take an opportunity and make it perfect. My personal story begins with that reasoning. At the age of just 12, I became overwhelmed with temptations and peer pressure. I did not value my own being let alone the ones around me. I was selfish, insecure, and uncomfortable in my own skin. I began to surround myself with others who felt the same way who lacked care and compassion. I became addicted to sneaking out, using tobacco products, drinking alcohol, and getting high.

My addiction ultimately led me to a juvenile placement facility outside of Marienville, PA. The placement was a 30-day boot camp to try and reshape how adjudicated youth viewed themselves and the world around them. When I returned home, I changed briefly and was able to adapt to the structure and regimen I grew to practice while away. Unfortunately, the change did not last long and I was back home to the same negative support systems I grew to enjoy. At this time, marijuana was no longer enough of a high for me. I resorted to stealing, not only from stores but my family as well. I became a chronic liar. My drug use continued and ventured into the realm of opiates including morphine and Oxycontin but also I experimented with cocaine. I began to be the bad child in school not only for drugs but my consistent disobedience and incorrigibility. I was removed from the public school system and placed into an alternative school system shortly after I returned home. I continued down this path and was placed on juvenile probation. The regular curfew checks, drug tests, and counseling were not enough to alter my behavior. I was again court ordered to attend a 6-month drug and alcohol rehabilitation clinic outside of Johnstown, PA. I made progress at first, especially when I realized that I no longer have access to family or friends. My isolation period included no social contact for the first two months. I was completing my treatment plan goals as requested and making progress, however, my mind was not changing and I was just more-or-less going through the motions. While in placement one day, another placed student upset me over something very minor and I reacted by severely threatening him. I lost my own self-control that I had been practicing for several months. The result of my split second decision led me to an additional one-year stay at the facility. To this day, no youth has been placed for that long of a time period.

This was the beginning of my self-realization that I cannot continue on this same, harmful path. Days went to weeks, and weeks into months before I began to prove to myself I could change. I worked with counselors on a more intensive basis and was warranted chances to travel on trips to experience the outdoors. I learned that I had the opportunity to receive freedom and positive reinforcement simply by doing and learning the right thing.

I earned the opportunity to travel on trips with my counselors all over the United States. I had the privilege of biking across the Chesapeake and Ohio (C & O) canal to Washington D.C. I also was able to visit Georgia where I rock climbed and caved the Climax Caverns. Seeing that I could earn rights and gain self-respect through adventure showed me that I can turn my bad addictions into positive, healthy ones.

When returning to the placement facility, I began to expand my interest in fitness. The next few weeks, I woke up at the crack of dawn to go to the gym they provided and worked to release my stress and anger. The gym became my sanctuary where I could release my negative energy and avoid slipping back into the unhealthy mindset I was so used to relapsing back to.

Once I served my sentence at the facility, I went back home and continued to use and practice the positive, motivating lessons I had learned. One morning, my brother had come to me talking about an obstacle race they were having in my area and he thought I would be interested. He gave me the website and I quickly grabbed my computer. This race looked like the perfect, most challenging thing to outlet my frustrations that I had ever seen. I signed up and I was on my way.

Months turned to years and obstacle course racing has become my utmost passion. Not a day goes by where I don’t think about my next race and the next way I can challenge myself. These races have made me who I am today by shaping me into a passionate person who has come to love health and fitness. Mentally and physically strong has now become my way of life. I learned that I am strong, brave and courageous; ready to tackle the next obstacle life has in store for me.

Fitness and sport enthusiast. Spartan Race Junky. I have been a martial artist since the age of 4 and addicted to anything challenging. Years of Martial Arts training provides the ability to keep going when my body really wants to quit.
Previous Barbed Wire Crawl
Next Spartan Race Overview 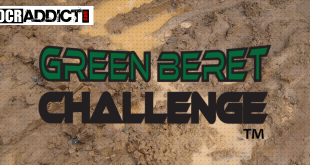