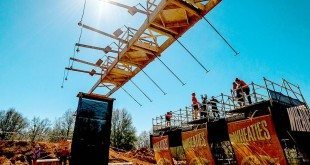 With each race series jockeying for the podium, the racers find themselves with more options than ever. OCR has grown into a multi-billion dollar sport and finding a race near you becomes easier each year. Network Television has been booming with OCR coverage and Tough Mudder has announced that they will follow suit. TM will introduce a new race series as well as a broadcast event dubbed Toughest Mudder.