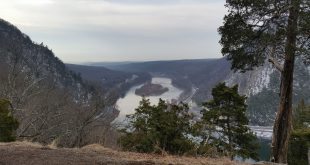 I'm sure most of you are looking at the article title and wondering "What is this about? I don't see Spartan, Savage, Tough Mudder, or any other OCR series name." Although I started my running adventures in OCR, I've started to branch out into the world of ultrarunning more recently. I've participated in many of the more well-known OCR series so far, completed multiple Trifectas in a single year, and attempted/finished my first (and attempted a second, which ended in a DNF...I need revenge on Killington!) Spartan Ultra Beast last year in New Jersey. The year before that, I completed my first Beast as well as a double Trifecta. I had looked at the Ultra Beast before and thought there would be no way I would ever do one. Way too long (both distance and time on feet), way too hard (so many obstacles!), and more vertical gain than I could imagine. However, it really opened my eyes to the world of ultrarunning, even though the Ultra Beast is not technically an ultramarathon.